I went to sleep thinking it was going to rain.

When I got up in the morning, I packed up in a hurry and put on my pack cover because I thought it was going to rain.

Allllll morning I thought it was going to rain.

Did it rain? No. No, it did not rain. This was the first of many times I got bad weather information from a fellow hiker. I finally stopped paying attention to most of what I heard second- and third-hand unless I got confirmation from at least two other people, and even then it was only right about 40% of the time. 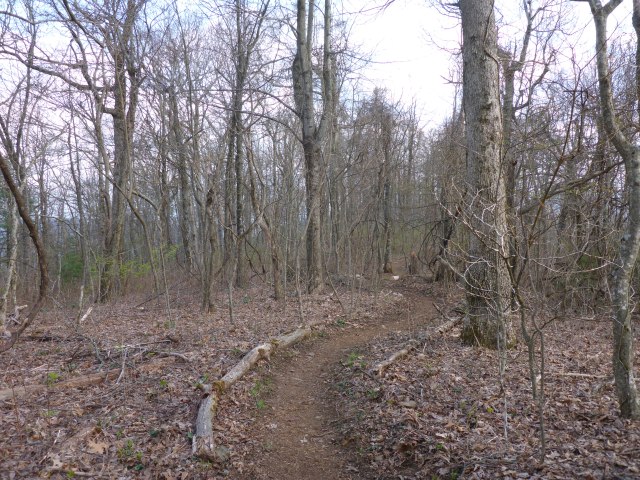 Catherine passed me while I was sitting on a log near the trail to Low Gap Shelter; her mother passed me a few miles later when I’d stopped to eat near Cold Springs Gap. They were both still slack-packing with the Hiker Hostel, and I’m not ashamed to admit I was bitterly jealous.

Today was the first day I started photographing the guidebook pages instead of just ripping them out and sticking them in my pocket. The pages were disintegrating faster than I could hike through them, possibly because I’m one of those hikers who likes to know where I am and how far I have to go at all times, so I’m constantly pulling out the map to double-check the upcoming landmarks. 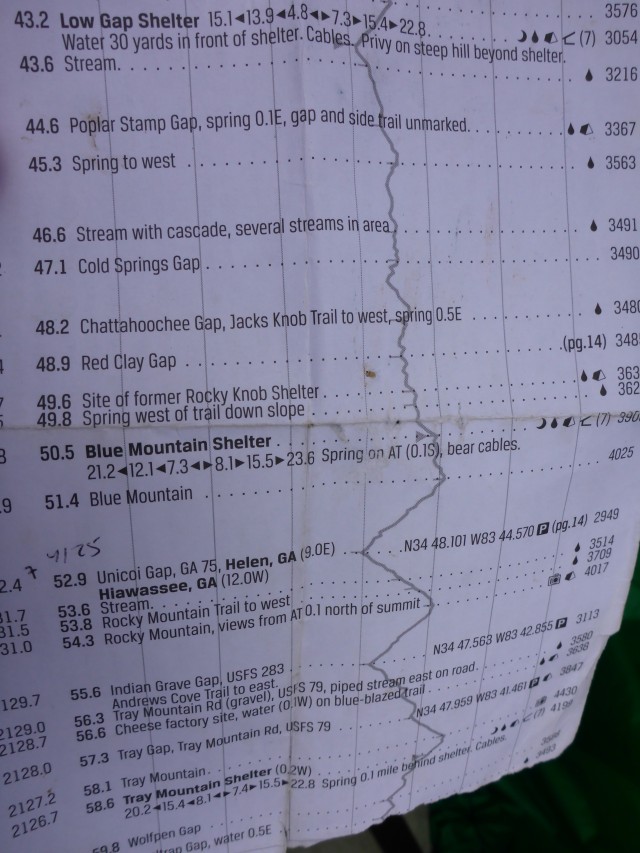 My original goal for the day was to reach Unicoi Gap by 5pm and get a ride into Hiawassee. The elevation profile that section looks so easy – no big climbs, no big descents until the very end, just past Blue Mountain – I figured it would be a piece of cake.

But the cake was a lie.

Maybe I was just worn down from sleeping badly? Or I wasn’t eating enough food? Or the right kinds of food? I don’t know. I just had no energy at all.

Around mid-afternoon I ran into Wayne again. He’d met two section hikers who needed a ride from Unicoi to Neel Gap and had immediately volunteered his services. He was jogging back to Hogpen Gap, where he’d parked that morning, so he could collect his truck and drive up to meet them. When I mentioned I was also planning to go to Unicoi, he offered to come back and give me a ride or call a taxi on my behalf, but I passed. Too much pressure. My phone didn’t have any service, so I wouldn’t be able to call and let him (or a taxi) know my ETA, and I didn’t want to give up the option of quitting early.

Which is exactly what I ended up doing. Best laid plans, etc.

I had no energy, the trail got progressively rockier, and I kept running across diseased rodents and creepy insects and spiders. By the time I reached Blue Mountain Shelter, it was after 6pm and I was done. 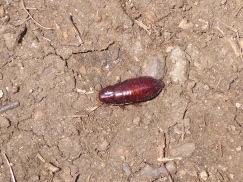 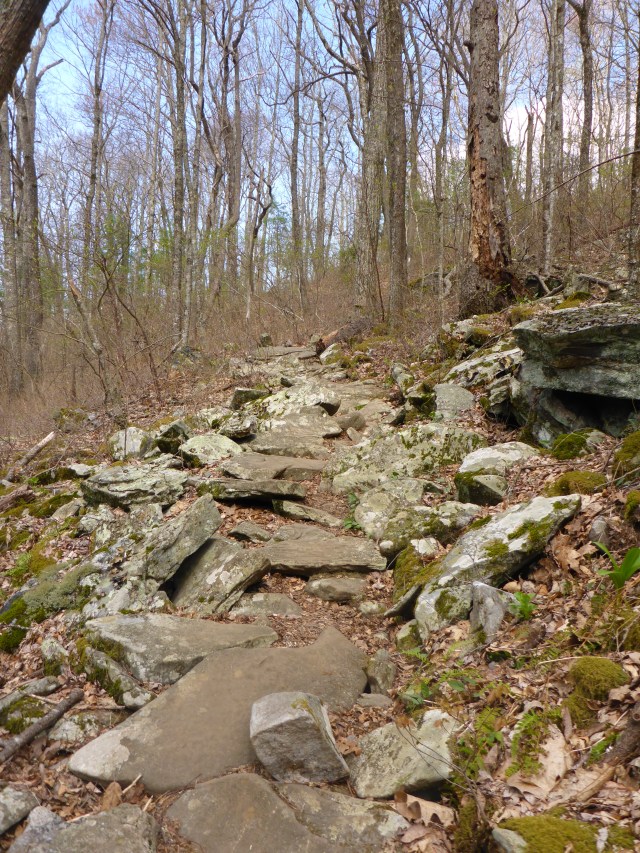 I assumed I wouldn’t see too many people at the shelter because most would be pushing on to Unicoi, but I was wrong. All told, there were two guys from Ohio doing a section hike, a couple and their dog hiking southbound for the weekend, a semi-homeless guy drifting up and down the trail who made me nervous until we chatted for a few minutes, and a thru-hiker from Oklahoma named Trooper who warned me the temperature was supposed to drop down to the low 40s that night.

Nobody was socializing that evening, so I pitched my tent across the clearing from the shelter, sat on a log to cook my sad little dinner, and got into my tent around 7pm. 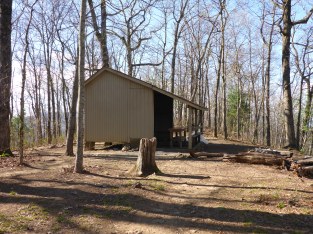 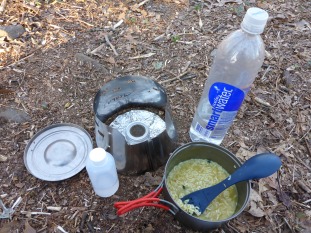 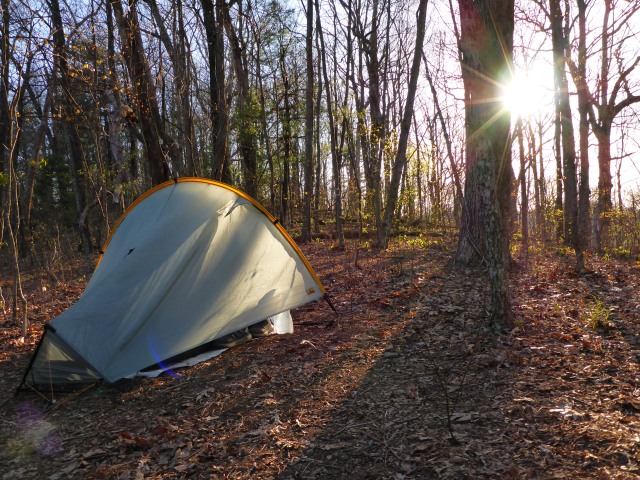 Trooper did not lie to me about the temperature. It was very cold and very windy all night long. I put on all my layers, my gloves, and my knit cap with attached balaclava and curled into a ball underneath my sleeping bag while desperately wishing I’d gone with the solid interior for my Tarptent instead of the mesh liner. At one point I thought I heard footsteps outside and became convinced the semi-homeless derelict was coming to bash my head in with a rock and take my gear, but then I realized it was just the wind rustling the leaves outside.

It took ages to fall asleep, and my night was restless and filled with weird dreams. In one, Ashton Kutcher had a clone who’d been raised as an amoral killing machine and was trying to infiltrate the Emmys in order to assassinate Brad Pitt. I remember earnestly arguing with his handler that this plan was stupid and doomed to fail because Brad Pitt had no reason to attend the Emmy Awards.

Don’t even ask me where that all came from. I have no idea.